Two points that are antipodal to each other are connected by a straight line running through the centre of the Earth. The antipodes of Singapore lies in Ecuador.

More construction in Singapore, the Rambutan line. Or Angmohdan line. 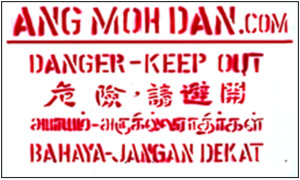 Rambutans are grown in Ecuador and are known as “achotillo”, however they are not native to South America. I believe they were imported in the 20th century.

Singapore describes meritocracy as one of its official guiding principles for domestic public policy formulation. Interestingly, Ecuador Dependency of the Ministry of Labour, the Ecuadorian Meritocracy Institute was created under the technical advice of the Singapore government.